When a building celebrates its 100th birthday it has quite a story to tell. The building located at 110 W 11th Street, here in Hays, Kansas is no exception.

Constructed in 1920 by Dr. Middlekauff, it first opened as Czesbkleba Music Co. and remained a music store through the 1920s and 1930s. In the 1940s Nick Arnold & Sons used it as a refrigerator company before it became Humbug Hardware in the 1950s. It would become the home of the local gym, Sturdy Bodies through the 1990s before a major restoration into the coffee shop Semolino’s.

Now the owners, Jacob and David Proffitt, wanted to create a place that would not only offer the areas best BBQ, but honor the history of the businesses that have existed here throughout the last 100 years. Our goal has always been to build businesses that compliment the community of Hays.

In Hays, we are all family!

“Our goal has always been to build businesses that compliment the community of Hays.” Bricks Rockin’ BBQ is no exception, serving only quality meats, friendly service and a Rockin’ atmosphere to honor the history of the building’s previous businesses. 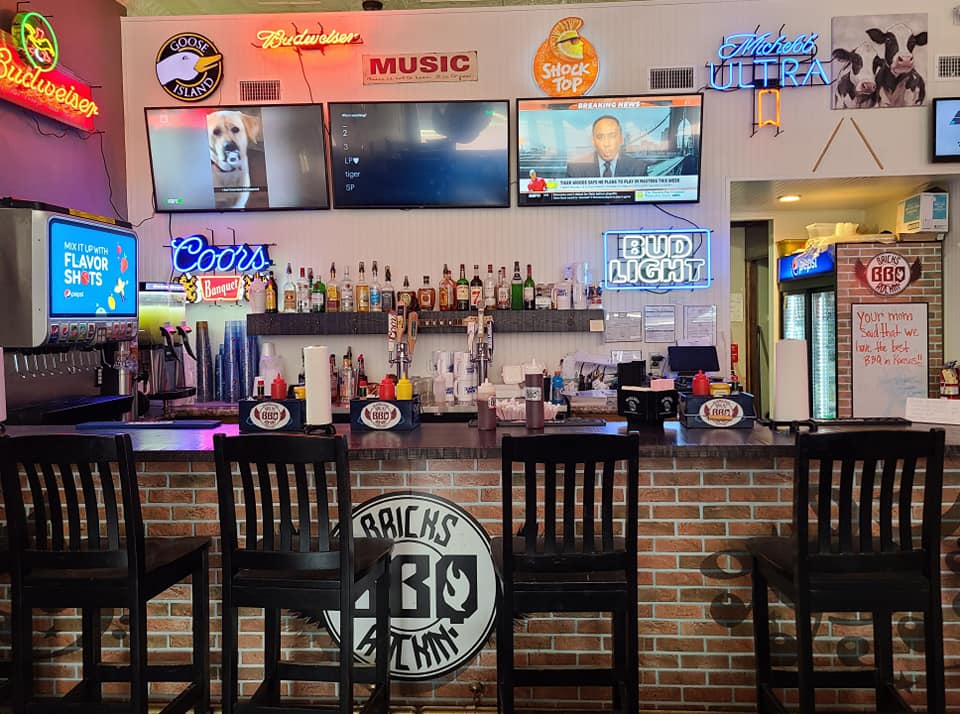 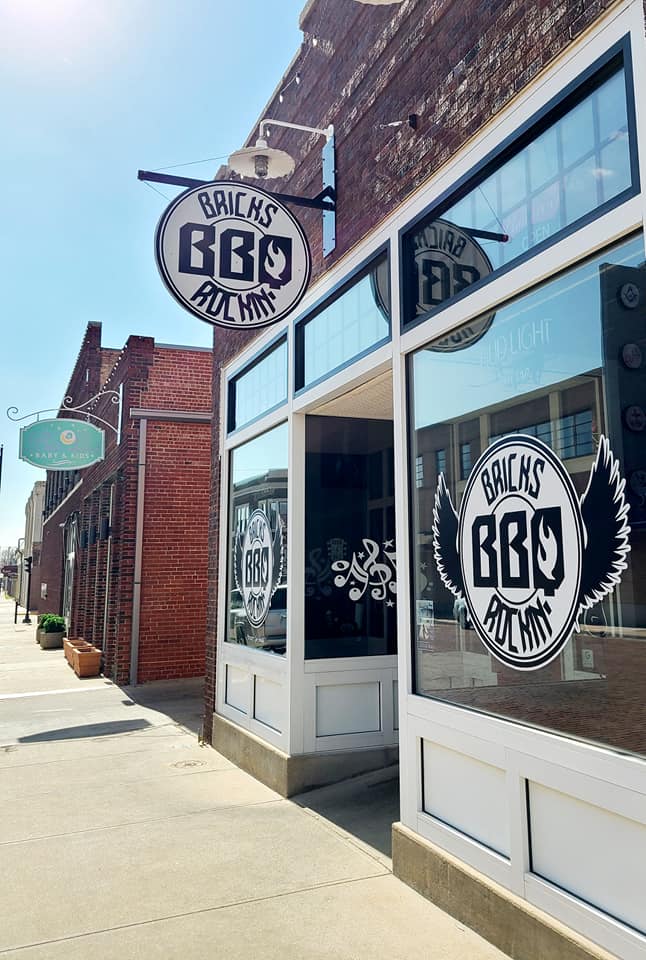 Great service and even better food. would recommend to anyone who comes through town and will definitely be back again!

My husband and i had our wedding food catered by Bricks rockin’ bbq. It was phenomenal!! all of our guests had nothing but great things to say about the food! i personally am very picky about bbq i eat and i loved everything about bricks! i highly recommend!

We are located on the bricks in beautiful downtown Hays, KS!